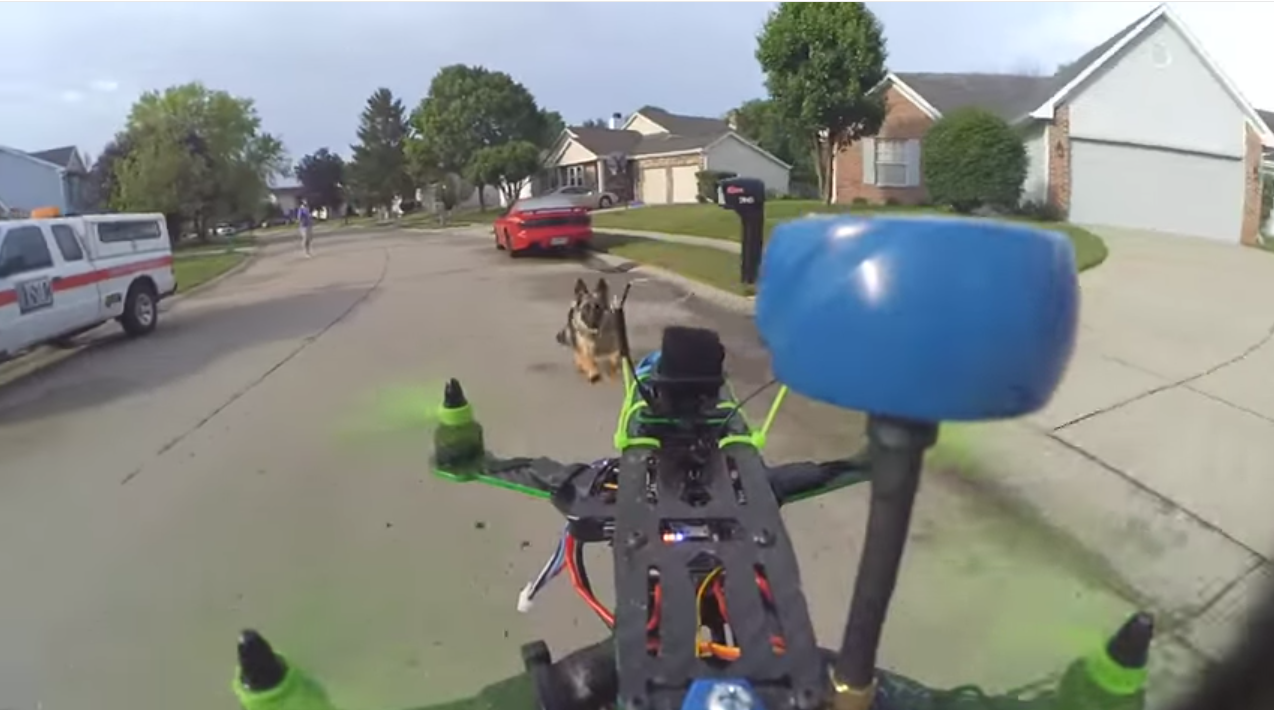 So I have a lot of dumb ideas. Few of them actually come to fruition, but when they actually work out, they turn out kinda fun. I love wing-tip footage from planes like this:

And so I wanted to start trying that idea out with my new custom built quadcopter, The Green Machine. So because I was concerned about center of gravity for the quadcopter, I decided to start with something that I didn’t think would affect it too badly, and simply turned the camera around, adding in some legos to have a little bit of fun with it:

This was fun, but it wasn’t really third person view. I started to think through a possible rig for this. So here’s a quick gallery working through how I did the setup:

Finally, with all of this put together, it produced this footage. This is just a dry run — I’m going to take this rig out to an actual flying field at some point soon and try it out with some more intense flying.