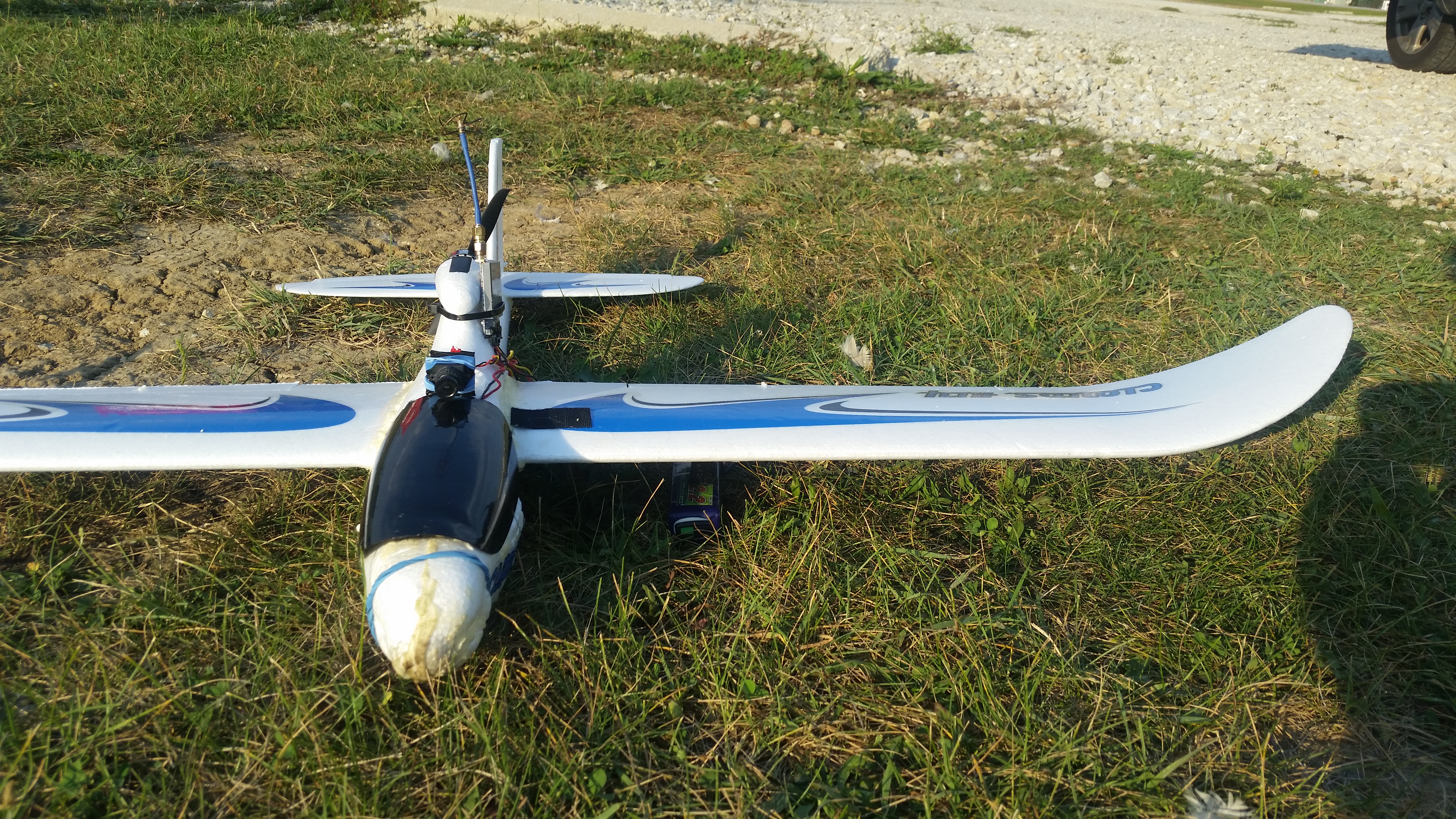 I have been very interested in FPV flight for a while now, but my primary focus has been on multirotors. I have made two FPV multirotors (a 250 quadcopter, and a 250 tricopter), and I have spent hundreds of hours researching and tinkering and flying them. I’ve even made an app to help track flights. One of the next steps for me was to start trying FPV flight with fixed wing. So, like any good hobbyist, I bought myself the AXN Floater Jet from hobby king, based on Bruce from RC Model Reviews‘s suggestions. I learned to fly LOS on this plane, and then later took it to the next step of flying it via FPV.