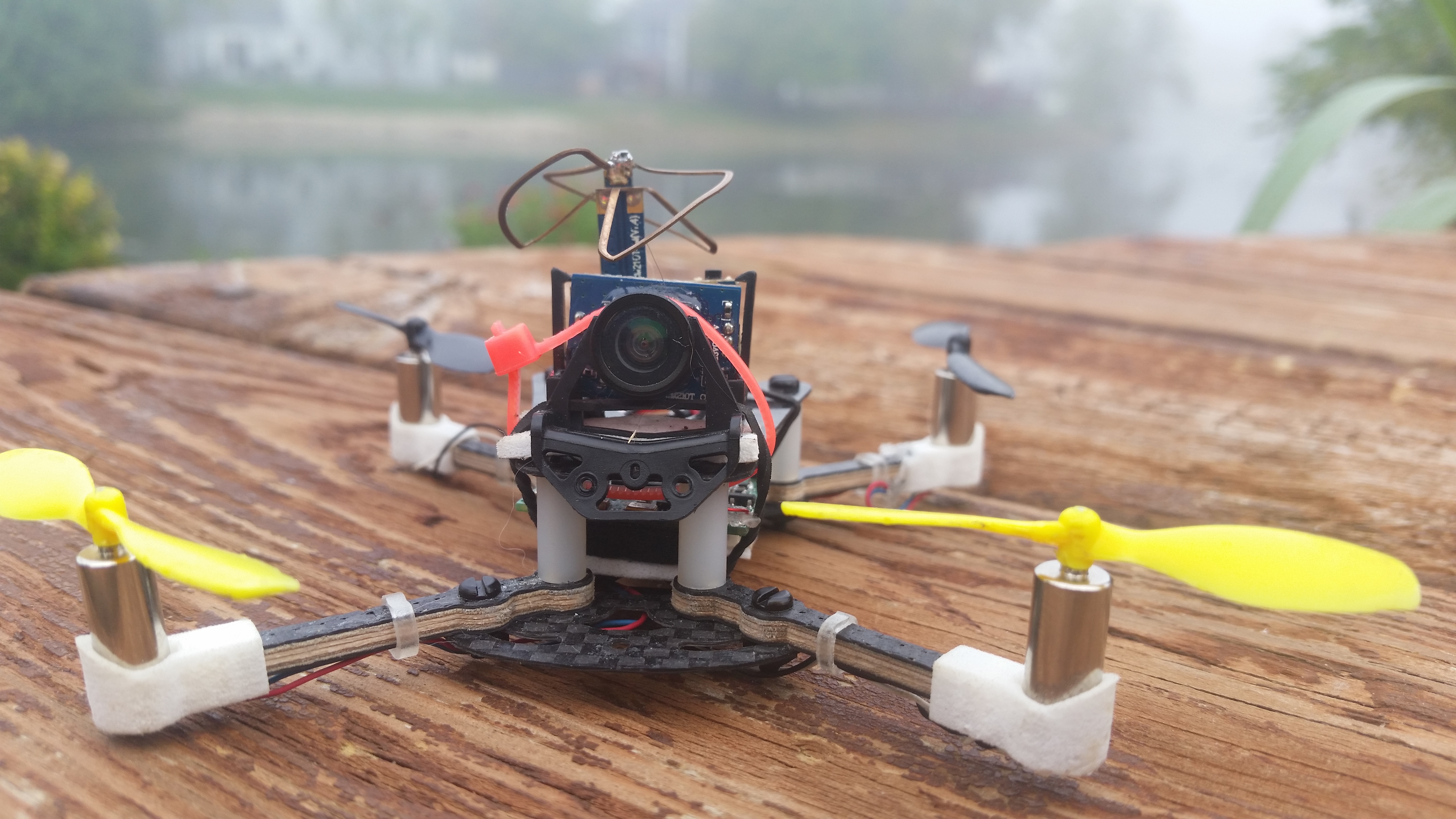 Links to the important parts from this article:

When I first started learning about quadcopters and starting to fly them, there were two options that seemed the obvious choice for learning how to fly well. It was either buy a Hubsan X4 or a Blade NanoQX. Initially, I went the Hubsan route, but the Hubsan flight controller does not support “acro” mode of any kind, so you’re limited to only learning to fly in angle and advanced angle mode, which means that you can only ever hover around. No flips, no intense acrobatics, and no way to improve your acro piloting skills. A few months later, I had built my first 250 quadcopter, tried to fly acro LOS, and realized that I simply couldn’t do it. It’s HARD to fly acro mode LOS. As a result, I decided to purchase a RTF Blade Nano QX to learn how to fly better without risking damaging my 250 miniquad rig just to learn.

And learn I did! I spent hours learning how to fly my NanoQX. According to FlightLoggr I have over 5 hours of throttle time with the NanoQX, and I’m sure that’s a low estimate because I haven’t logged all of my flights with it (shameless plug for https://flightloggr.io, a flight logging application that I’ve been working on for about a year). But, when I started to master it, and I started to get well into FPV flight with my miniquad, the toy-grade Hubsan and NanoQX started to fall to the wayside and gather dust on the shelf.

After a while, when bad weather, rain, snow, or even dark got in the way, I would find that I still had a craving for FPV! So — what should I do? Build a quad that my wife will let me fly inside, where I can control the weather and the light. But — the NanoQX that I bought was not an FPV one, so I had to make it one myself!

The first thing that I got rid of was the frame. The stock frame that comes with the NanoQX does do a good job, but it’s very brittle and can break after repeated beatings. As a result, I decided to swap it out. Picnic quads is the one-stop-shop for all manner of micro quads that you could want, and I purchased my favorite frame: a little folding frame called NQXF. It’s a beautiful little carbon fiber frame that comes with everything you could need. My only suggestion that they don’t mention on their site is that you should add a bit of epoxy or hot glue to the arm mounts on the end, because they were prone to falling off, even after I was able to wedge them on good and tight. Here are some pictures of how the quadcopter looks now:

The FPV system that I chose to use was the VA1100 VTX/Camera combo that is sold by Blade. It has recently been marked down by 25% from $100 USD to $75 USD, but it’s still spendy. I actually bought the FPV Vapor, a crappy little 3 channel plane that they sell for $60 USD when it was on sale, and that was an amazing deal. Is it worth $75 USD? I’m not totally sure that it is. However, it’s a no-nonsense way to get into micro FPV that isn’t fiddly at all. All I had to do to set it up was solder the power lines from the VTX/Camera into the same place that the battery plugs in to the flight controller, and that was that. No messing around. Just solder it in, plug in the battery, and you’re good to go.

The only thing that I don’t like about this VA1100 system is that the antenna is very fragile, as I’m sure you’ve read elsewhere. And, especially with this frame, it’s mounted waaaaaay above the frame so it will often take a pretty big hit. That being said, when one of the arms of the antenna have broken and popped out of the solder joint at the top of the antenna, it’s been a fairly simple process to just solder it all back together.

For viewing, I will either (1) hook my VRX up to my HDTV in the basement, using a VAS Helical Antenna to beam through the rest of the house:

OR I will (2) use my DIY hobby king ghetto goggles. You can see a post ALL about my goggles setup over here.

The next step in my master plan was to upgrade the motors. To find micro motors, there’s only one place to turn. Micro Motor Warehouse. Benedikt over there just has the greatest customer service and amazing products. The CL-0615-14 “Fast” motors are upgraded motors for the NanoQX that you simply have to plug in in replacement of the stock ones that come with the nano QX. In my guesstimates, they doubled the power output of the quadcopter overall, and allowed me to carry the FPV pacakge with relative ease. Micro Motor Warehouse has a lot of cautions about using them, including installation instructions and the fact that they don’t like to work well with horizon and angle mode on the NanoQX (starts to get a little bit jittery), but in my experience these cautions have been overstated. It just flies great with them.

Once again, credit to Micro Motor Warehouse for having the best products available for this. They stock the MyLipo.de batteries, which are regarded by the community as the best micro motor batteries available. They make some with the form factor and weight to fit the NanoQX. These 25-50C 205mah 1S batteries are absolutely crazy. I can get between 3-5 minutes of very aggressive flight on them, even with the added extra weight from a bigger battery, compared to the stock nano QX battery. I never even pull out my original NanoQX batteries any more because they just can’t compare to the raw power that these MyLipo.de batteries provide.

Now, getting to some of the jucier parts of this article: the radio. Now — I don’t use the stock radio. It just doesn’t work very well for Acro — fpv or otherwise. The acro mode on the NanoQX controller is fiddly and awful. It’s SUUPER fidgity and almost impossible to fly. Even with all my practice over a year of flying different kinds of copters in acro, I can still barely fly this. To overcome the problems, I use “curves” on the Taranis to help “tune” the quad to the way that I would like it to fly, if that makes any sense. Since it’s not a cleanflight/baseflight-based quadcopter, you can’t just hook it up to your computer and change the expo or PID settings (unfortunately). Over the winter, I’m going to be building myself a micro copter using Beef’s Brushed Board to learn a little bit about the fun that could be had with micro-cleanflight. Until then, I’m doing everything I can to manage the wonkiness of the NanoQX FC. I have detailed out my steps below to set up the Taranis, and I’ve also included the the eeprom file for anyone that would like to download it and check it out.  ( I bought the Orange DSM2 module from hobby king to allow me to connect to the NanoQX. )

What it comes down to: 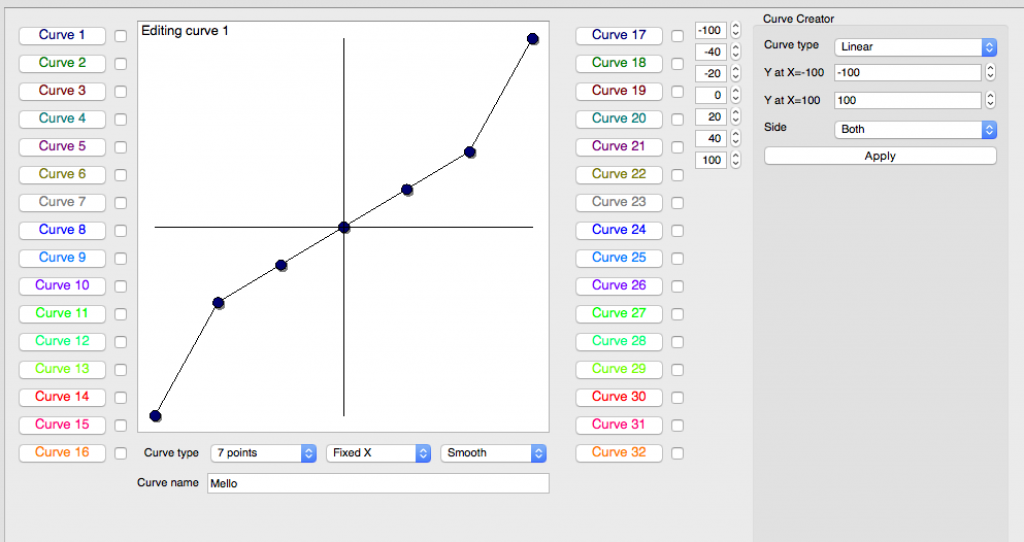 You want 7 points on the curve, the furthest to the left starting with:

You can see how this adds a nice expo to the curve so that it’s more intense at the extremes i.e. for rolls, and more docile towards the center. You can play around with this curve to suit your style, and make it even better for you. If you have any questions about the setup process, please don’t hesitate to ask. If anyone does, I’ll go through and make a video to help demo it out and make it easier to get it all set up.

How does it fly now?

Well. It’s 1000% better to fly. It still isn’t perfect, and I don’t think that it will ever be perfect without the ability to get in and change the settings on the board like in cleanflight. But, with these modifications, and setting up the Taranis like I have, I have made it very fun to fly. I can zip around corners, do barrel rolls and flips, and I can can have really fun flights wherever I want without worrying about accidentally hitting someone or something with my big 250 miniquad. It’s still a lot of gear to carry around, but it’s a lot of fun to fly! Here’s some DVR footage I took while out flying this rig! 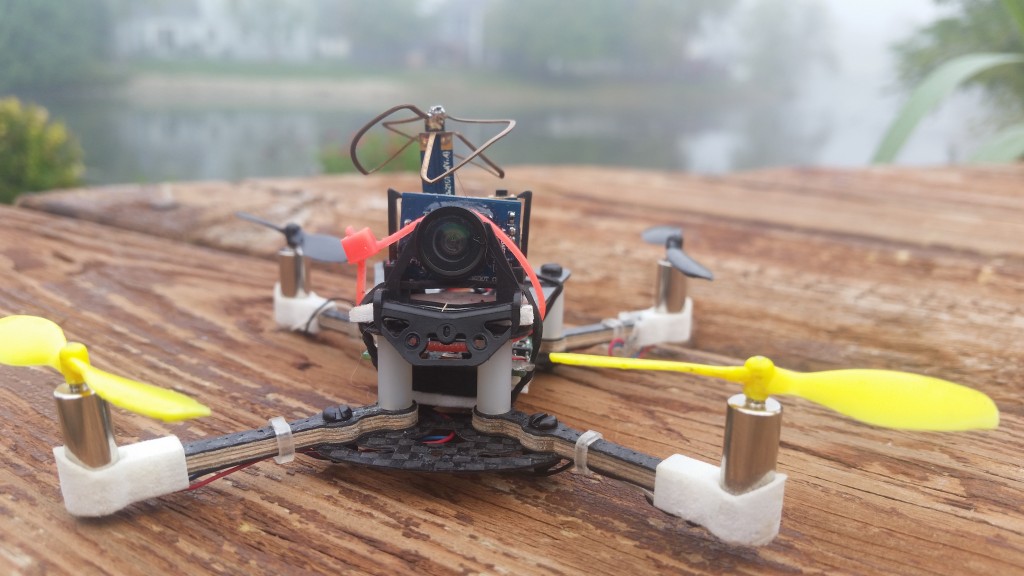 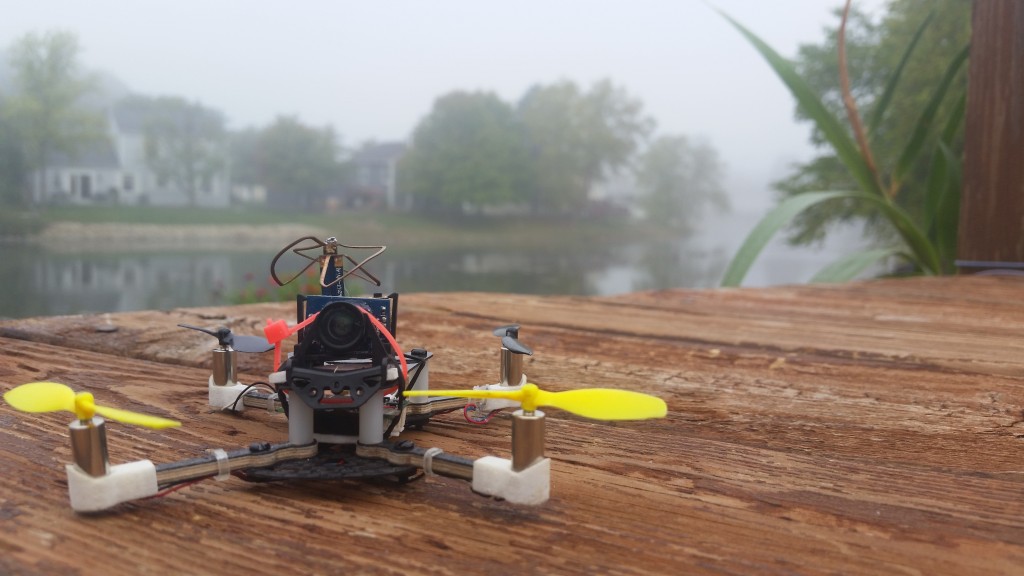 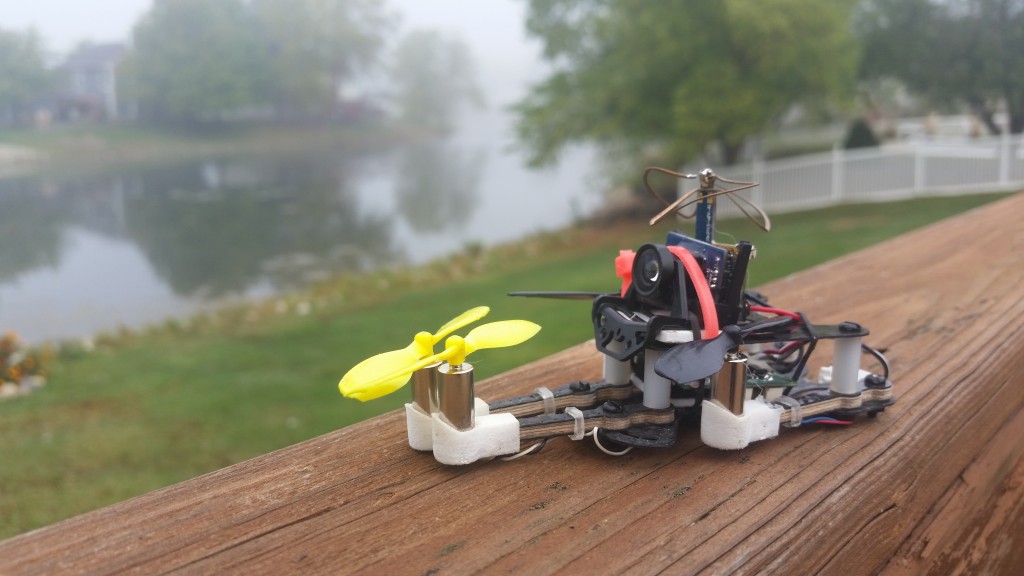 What NanoQX modifications have you done? Post a picture of your NanoQX! I’d love to see it in action!