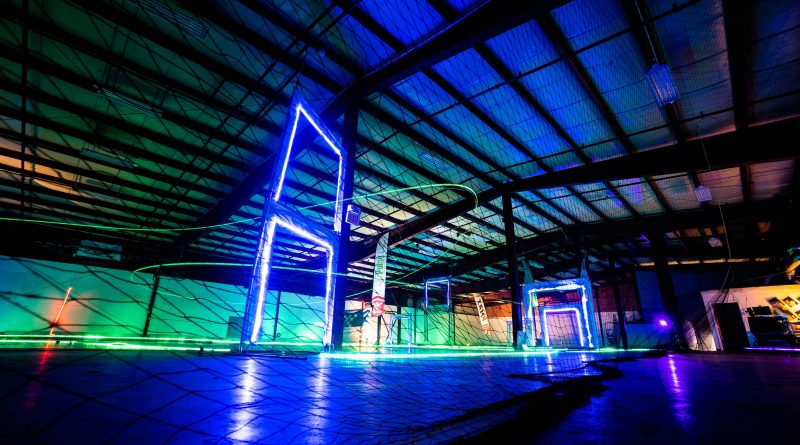 Through the months of November and December, the drone parts manufacter and distributor “FPV Direct” has been sponsoring a series of races at their old warehouse in Boston, MA. For the month that the racing series was running, on-site qualifications were happening to seed pilots into a championship bracket. NURK was able to attend the final qualifier, just one day before the championships took place. In a day of flying, he was able to achieve the third qualification slot, userping many pilots that had been practicing the track for the previous month.

Moving on to Championship Saturday, NURK competed against all of these pilots on a freshly changed course where no advantage was given. After working his way through the brackets, he found himself in a triple-A main against PhatKid and EthanFPV, two young, east-coast rockstars in drone racing. In the mains, he won the first round, and the next two were won by Phatkid and EthanFPV respectively, and in the final fourth round, NURK won again, bringing home the victory.

NURK had the following to say about the event on Facebook:

After an awesome weekend in Boston, I’m happy to announce that I took first place at the Boston Warehouse FPV Racing Series and the $1,000 grand prize! They held a last minute qualifier on Friday evening for out-of-towners to attempt to qualify. Against some of the best pilots on the East coast that had been racing the track for the better part of a month, I was able to work through the day on Friday and earn a 3rd overall qualifying position. Moving into championship Saturday, I accidentially practiced the course the wrong way slightly, and, after winning a few heats, lost to Ethan Kling due to skipping some gates. I was put into the consolation bracket and won my way back to the finals. In the “chase the ace” format, I won the first race, and then both Ethan Kling and Soren Monroe-Anderson won heats as well. The final, epic race out of the 4-race series was winner take all, and I pulled off a victory over Ethan Kling when Soren Monroe-Anderson crashed out early.

It was an epic race run by Doug Kling, and Christopher Perry for building some dang fun race tracks. Marc Wyzansky – thank you for convincing me to come out and hosting me for Friday night – I couldn’t have done this without you.

Sponsors:
Primarily, thank you to FPVDirect.com for the opportunity to compete and hosting the race. They have sponsored me since drone nationals 2016, and I wouldn’t be where I am without their help. Sam MinhQuoc Le it was good to see you!

Next, huge shout out to my latest sponsor, Hobbywing. The provided me with powertrains for all of my racing rigs, and I’m PUMPED with the performance of the hobbywing G2 stack, combined with 2306 1750kv motors. The Azure Power 5150 held up great in an unforgiving environment. Dunkan Bossion thank you for the opportunity to be part of the team.

RunCam Fpv has been another sponsor that’s supported me through my entire journey. They were able to get me some last-minute Runcam Racer cameras, and it was perfect in the unforgiving lighting environment in LightTrax mode. Thanks for everything you’ve done for me Daniel Liang and team.

Chinahobbyline is my battery sponsor, and the Ministar 1250 6s packs are the perfect size for 6s racing. I love these packs. Without their help, it would have been next to impossible to switch up. I ran the same 6 packs the entire weekend, blast-charging them between heats, and they held up great to the racing abuse. No sagging anywhere around the track.

I’m proud to represent all of these companies as a professional drone racer, and I hope to do so for many years to come.