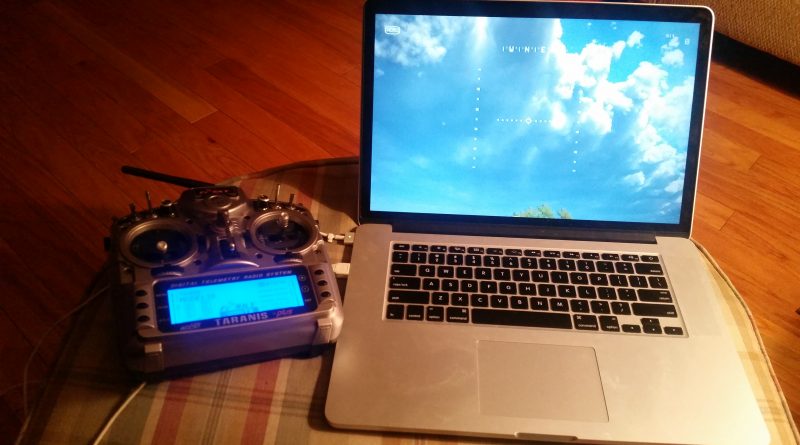 A while back, I released the following video, documenting my process for practicing while playing the game “Liftoff” and I wanted to go into a little bit more detail into why I would put myself through so much trouble.

As FPV racing is on the rise, a lot of pilots finding themselves needing to practice more and more. “Stick time” (time spent with the controls) is commonly referenced as the only way for pilots to remain competitve. However, the reality of the situation is that we have jobs, darkness, and inclement weather preventing us from getting outside and spending the time that we want to be practicing.

Because of this very issue, many FPV racing simulators have been developed in the last few years as outlets for practice. These simulators attempt to re-create the real physics that we experience as pilots, and give us a medium by which to practice for the days that we can be out flying our real machines. The following simulators are available to download and play. All of them support using the transmitter that you have already invested in, so you can practice with the same hardware that you would be using out in the field.

In my opinion, Liffoff currently offers the most realistic experience, has the most customizability, and is the easiest of the simulators to get running with my FrSky Taranis. While it does have few maps and settings available for customization at this time, it is in an early Alpha. Despite that, I believe that, based on interactions and quick responses to bug and feature requests from the dev team, it shows a great deal of promise by being excited and engaged with the community that it’s building.

While the “feel” of these simulators still has yet to catch up with that of real life, I believe that simulators offer great value for pilots. However, because they play like a video game would, they also can be a bit of an achilles heel. And that’s where this article comes in — we, as pilots, need to make sure that we understand and respect the difference between simulators and video games. A friend of mine (sponsored pilot for Ready Made RC) awkBOTS, despite only having flown FPV for a few months, cut his teeth using simulators. By practicing the same race course over and over again, he was able to build the skills, throttle control, and confidence required to be a top pilot. He and his team recently won the first ever ThunderDrone event, and took second place for 5″ class at F3 expo in Atlanta, Georgia, lending his credentials as credence for the fact that simulators do help you become a top pilot. I had the opportunity to catch up with him and interview him about his experiences in this video.

What is a video game?

Video games (in the context of FPV racing, anyways) serve the primary function of “entertainment.” When you sit down to play a video game, your focus and attention isn’t (by default, because there are definitely exceptions to this rule) on self-improvement, but instead on release and relaxation. Video games support a mentality of instant gratification and lack of consequence. THIS IS TOTALLY OKAY! Video games are a fantastic way to release stress, relax, and unwind after a long day of work. However, because of the default attitude that we take towards video games, our focus and attention is not on self-improvement, but instead on relaxation and fun. Once again, I want to stress that there ARE exceptions to this — it’s just a default attitude.

What is a simulator?

Wait.. what? I thought that this article was about the difference between a simulator and a video game? Well, yes. But — here’s the tricky part. There isn’t a difference. In both, you pick up a controller, set out after an objective, and suffer minimal consequences for failure. Okay? Great. No difference. I just wasted all this time reading this article. No! That’s where you’re wrong. The interesting part is that the difference between simulators and video games is your attitude. The manner in which you approach a video game makes it become a simulator — it’s all in your head. When simulating, you need to do just that: discipline your brain to know that there are consequences for your actions. If you want to improve, this is a must. If you crash, it probably cost a few props.. or worse. You have to go do the walk of shame. You can’t be in the air with just the click of a button. Simulators are video games, but they can be more if we change our attitude.

How do I change my brain?

This is the application phase. How do I convince myself that there are consequences for crashing? How can I make it easier to realize that, when I crash into that digital tree-trunk, something bad happens?

No, no. I’m not recommending “mortification of the flesh“.  Though, I wouldn’t be surprised if it was eventually taken that far by the most serious of pilots. However, what I am recommending is that you “take a break” between crashes. Some options include:

Yep. That’s exactly what I’m doing. I’m actually practicing on Liftoff right now. Every time I crash, I’m taking a break to write a few sentences on this post so as to force myself to focus harder when I’m in game, and “suffer” the consequences of crashing.

In a clarification on Facebook, the Liftoff team clarified that they may not be officially involved in Drone Worlds — as of yet, it remains unclear. “One quick note: as far as we know, Liftoff is not going to be used for “Drone Worlds”. No one really knows what they are going to use exactly, but I think they might have a very different focus from Liftoff, Freerider and Hotprops.”

2 thoughts on “Simulators vs. Video Games”