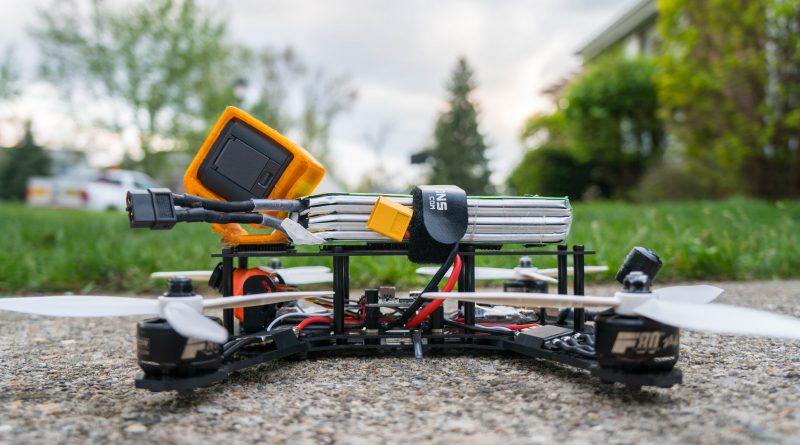 So I’m starting this as an article just to track different progress on the ZedMR project that I’m working on. It kinda happened by accident, and as I’m exploring it further, I figured I might as well write it down as I go. This project was initially inspired by Diego Basch, in his video here:

He’s obviously having fun with that, so I had to start doing something like that on my own. The ZMR was the first machine that I ever started with, and it flew like crap, so I wanted to take it a step further, and see what it would be like with a modern touch.

So pretty much minutes after watching Diego’s video, I went over to Ready Made RC and purchased a ZMR frame for myself for.. $16, cause why not.

It arrived shortly after, cause RMRC is 1 state over.

The frame ended up sitting for a few days because I’ve been busy enough that I haven’t quite had time to get in there and build it, but I finally had the chance to take a crack at it last night. Here are the specs of the initial build:

And it actually kinda surprised me.. like.. this thing flies like a dream. It’s torquey, it’s got top-end, and the thing just seems to flow super well with little to no prop wash. I’ve tried it on both 4s and 5s, and both are fun. 4s flies great but lacks on the top end. 5s makes it feel like a peppy 4s with a gopro, so it’s a nice compromise.

OH! And wait! With an 1800mah 5s lipo, the thing flies for like.. 3.5  minutes of super aggressive freestyle. I am in the air for SO DANG LONG! It’s nuts! Here’s a video from 4-5 packs deep into maiden/tuning.

I also took some pictures of her while she’s still pretty. I’m actually super happy with how it turned out. Because there’s so much room to work with, it’s pretty easy to space everything out and make the build look nice and clean, even for a super dated frame. However, I know that there are going to be problems with the ZMR. Looking at this particular version of it, there are some crazy huge scary fault lines on the arms near the motors (the “neck” of the arm) that are almost certain to break, and, while it really isn’t that bad, at 130g just for the frame i’d like to find something that is a bit lighter and truex. Maybe a QAV-R 6″ or something like that? We’ll see. I’ll keep playing around with it.

Another issue is that the ZMR is not made for the 2408 stator size, which is unsurprising. As a result, I had to drill out the arms a little bit so that the c-clip wouldn’t get stuck on the arms when turning.

Unsurprisingly, I had to turn pretty much every single gain way up from what it was on stock. Because this craft is so wide and heavy compared to other current builds that would be running BetaFlight, this just needs some more aggressive PIDs. Here is a CLI dump of what my PIDs are currently set at in the above video:

Still not totally sure I understand on this one.. I’ll just kinda bullet point things that I’ve noticed while flying it: 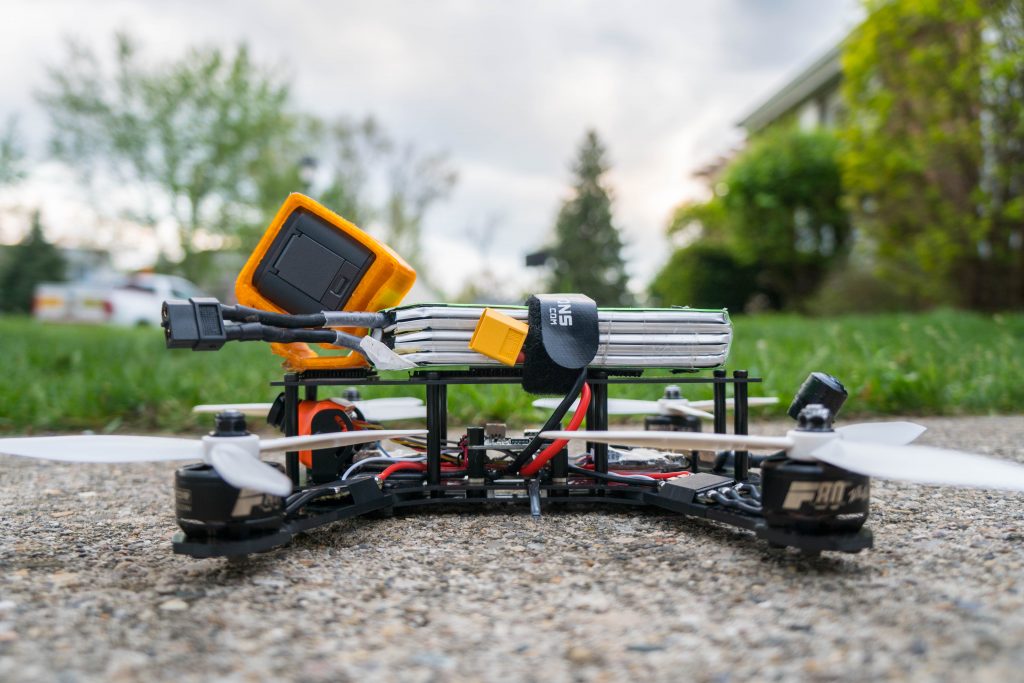 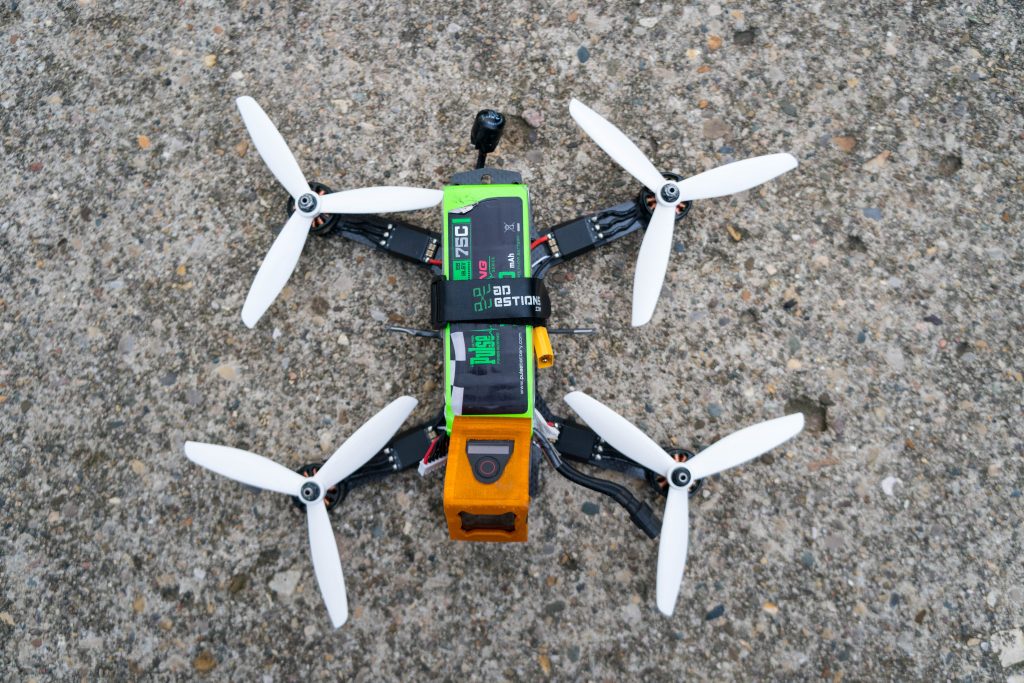 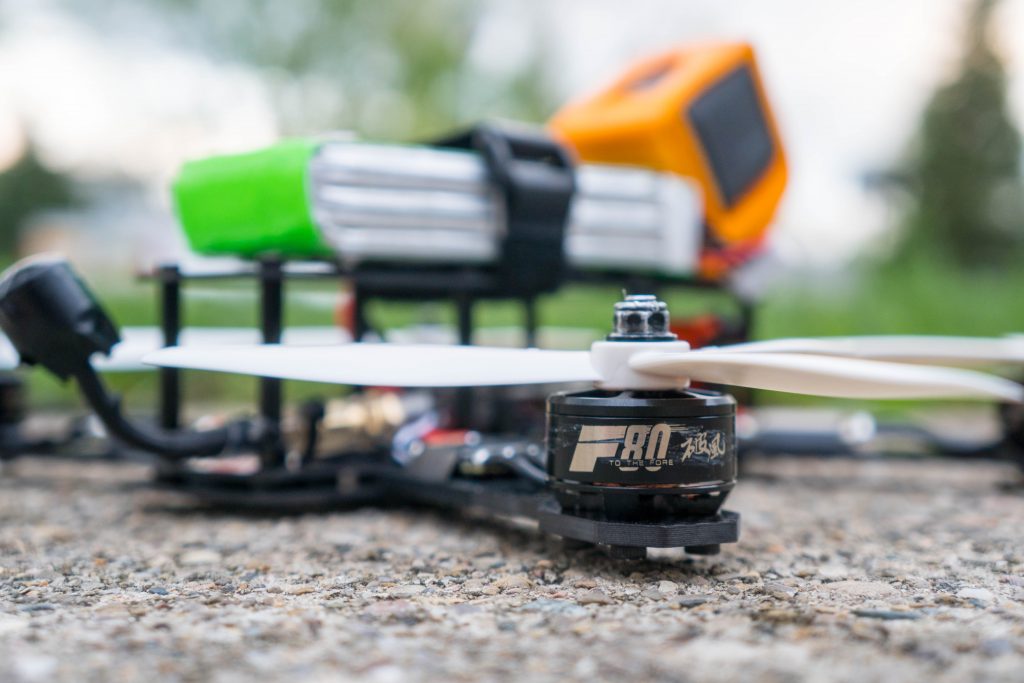 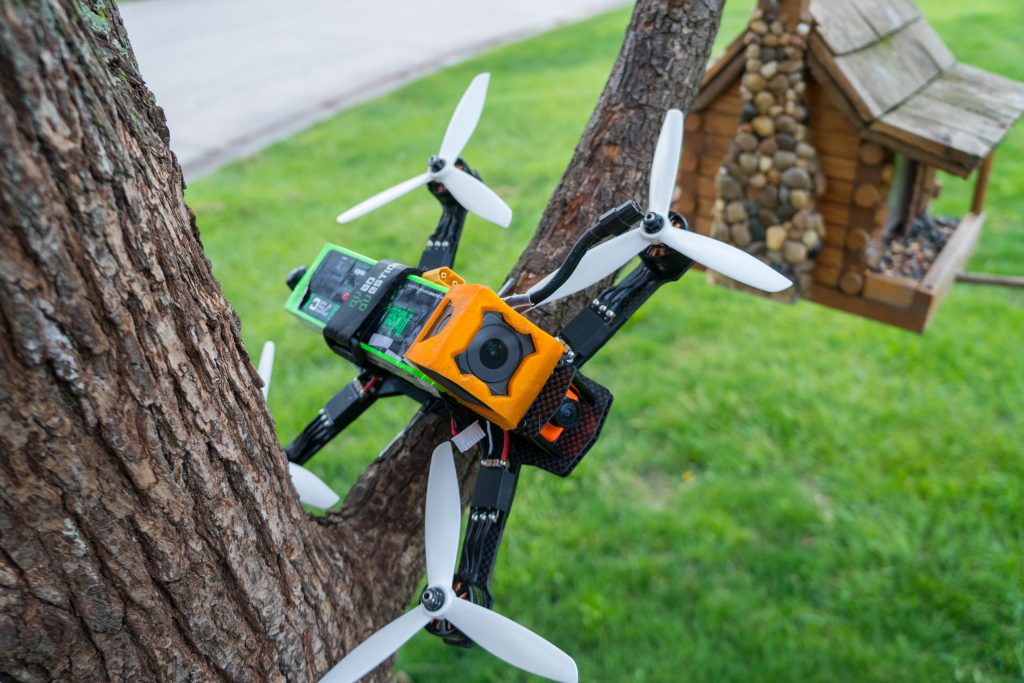 One thought on “ZedMR // The Green Machine, Reborn”